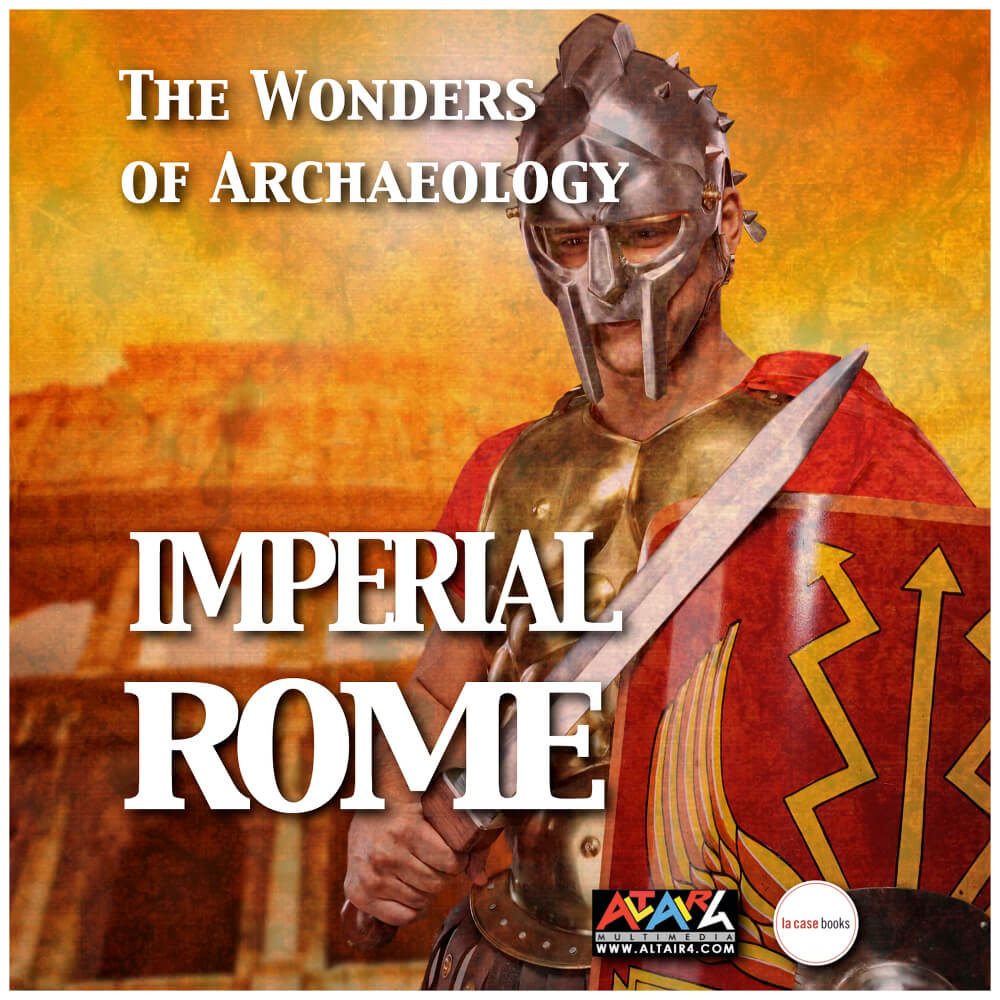 A wonderful journey into the wonders of Imperial Rome and the story of Emperor Nero and the building of his Golden Palace.

The great beauty of the the Eternal City: Forum Romanum, Pantheon, Baths of Caracalla, Theater of Pompey, Forum of Augustus, Colosseum, Palatine and the reconstruction of the great fire of 64 AD, which destroyed the capital of the Empire, and the golden palace of Nero.

From the crumbling insulae of the Subura to the sumptuous architecture of the Domus Aurea, from Nero’s artificial lake to the Colosseum, from the Neronian porticoes on the Via Sacra to the glories of the Imperial Fora, from the imposing bulk of the Colossus of Nero to the architectural revolution of the Octagonal Hall.