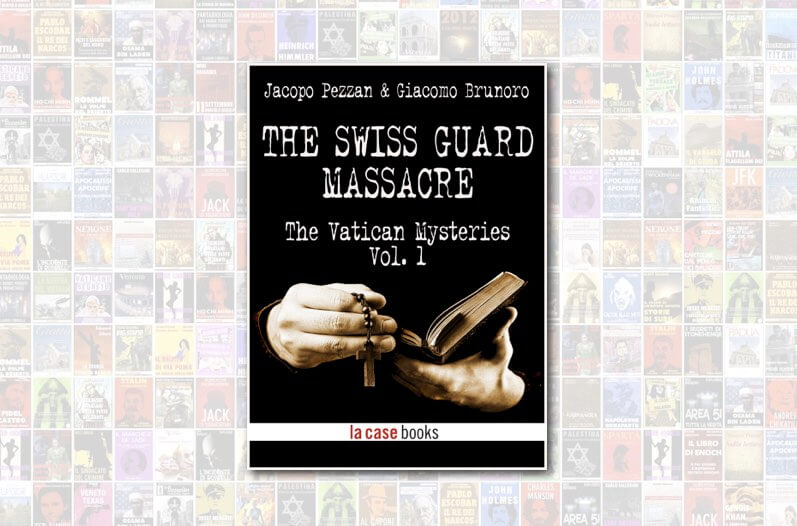 On May 4th, 1998, occurred one of the most bloody crimes ever committed in the Vatican city: the body of the new commander of the Swiss Guard Alois Estermann, his wife Gladys Meza Romero and the vice Corporal Cedric Tornay were found dead in a pool of blood.

There is an official reconstruction and an official truth for this terrible crime, but many people are still wondering how things really went.

Pezzan and Brunoro retrace step by step this story to try to understand if there may be an alternative truth to the one established by the courts of the Holy See, in order to untangle one of the most murky and tangled cases in the recent history of the Vatican.

There is a mother who lives in a small town in Switzerland that one day, in the name of justice, decides to challenge consultants, investigators, high priests and men of power. There is a mother who, possessed by the fighting spirit which only a distressed mother has, chose to push forward and not accept the official version of the truth that had been presented to her.

On the 4th of May in 1998 a crime was committed, for which we have an official reconstruction and version of the truth that still, yet today, is dubious and raises questions. There is something that doesn’t add up about the whole incident, and not only concerning the reconstruction of the facts given.

Above all, the grey areas of this murder pertain to the scene of the crime: The Vatican.